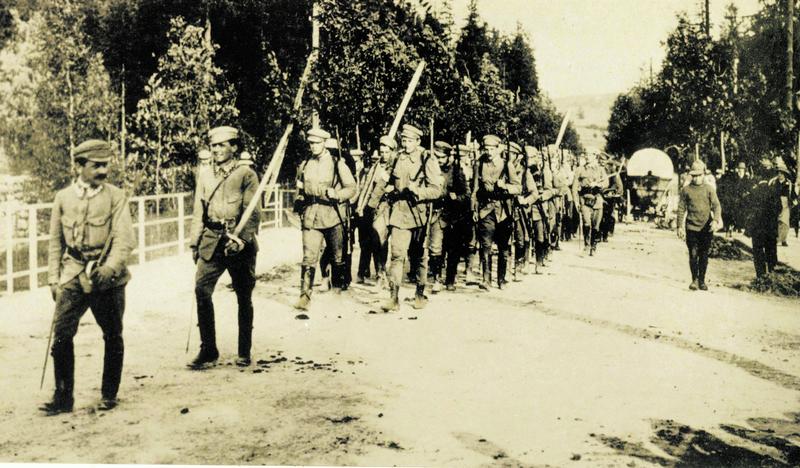 The forested Świętego Krzyża Mount encloses the view to the west from the road between Wolbrom and Bydlin. This is the location of the Battle of Krzywopłoty. The Polish legionaries clashed there with the tsarist forces of the Ninth Army commanded by General Leczycki. Józef Piłsudski, the commander of the legionaries, left two battalions from the First Infantry Regiment at Krzywopłoty and himself marched fast to Kraków – together with the remaining three battalions and cavalry – between the retreating Austrians and the charging Russians. Meanwhile, the legionaries attacked across the wet meadows at Krzywopłoty in the direction of Załęże, but the Russians fought off their attacks for two days and the Poles suffered heavy losses, with the passive stance of the Austro-Hungarian forces. Finally, the attack of the Austro-Hungarian forces conducted on November 19 brought victory – the defeated Russian forces had to retreat to the east. 46 legionaries were killed in action, over 130 were wounded. The Russian losses are unknown.
Author: Comarch