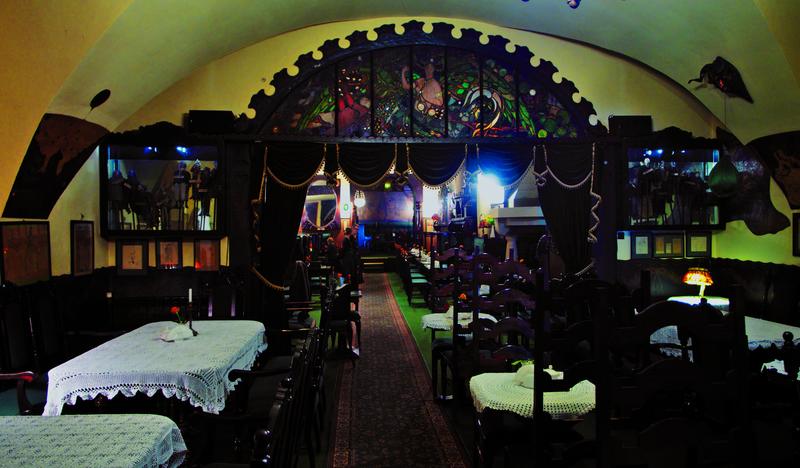 The famous Kraków café and confectionary, today known as Jama Michalika (Michalik’s Cave), regularly featured cabaret shows admired by the Kraków boheme. The Jama Café was established in 1895 at Floriańska Street by Jan Apolinary Michalik, who arrived from Lemberg, and it was first called Lemberg Confectionary, but soon it became the favourite meeting place of writers, actors, painters and other artists. The dark interior without windows contributed to its name, Jama (cave), and the artists, often struggling to make ends meet, sometimes paid the bills by decorating the cafe walls with improvised drawings and satirical poems. This is were the main ideas of Young Poland were born, this is where the main ideologist of the movement, Stanisław Przybyszewski, used to hang out, accompanied by poets Lucjan Rydel and Kazimierz Przerwa-Tetmajer, and such painters as Stanisław Wyspiański, Włodzimierz Tetmajer, Józef Mehoffer, Leon Wyczółkowski and Jacek Malczewski.

Soon the Jama Café began featuring the Green Balloon Cabaret and Theatre. The scoffing texts and songs not only mocked the Kraków conservative bourgeois class but also made fun of the pompous attitude of the Young Poland literature with its neo-Romantic vision of artist as the priest of the arts. The café also presented equally famous satirical shows, mocking above all the contemporary Galician politicians. Many texts were written by a representative of the enormously respectable and staid profession, Doctor Tadeusz Boy-Żeleński. His “Little Words”, collected and published for the first time in Lemberg in 1913, evoked a great scandal.

In the meantime, thanks to the popularity of the cabaret, the Jama Café was expanded by a new room, designed in the Art Nouveau style by Karol Frycz and Franciszek Mączyński. Its beautiful interior can be admired until this very day. Another café, Paon, opposite the Słowacki Theatre, once equally popular among the boheme, has unfortunately not survived until the present day. Many famous Young Poland artists, who left numerous satirical drawings and facetious poems on the hanging canvas, were often seen there.
Author: Comarch 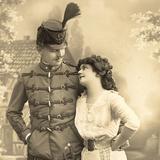