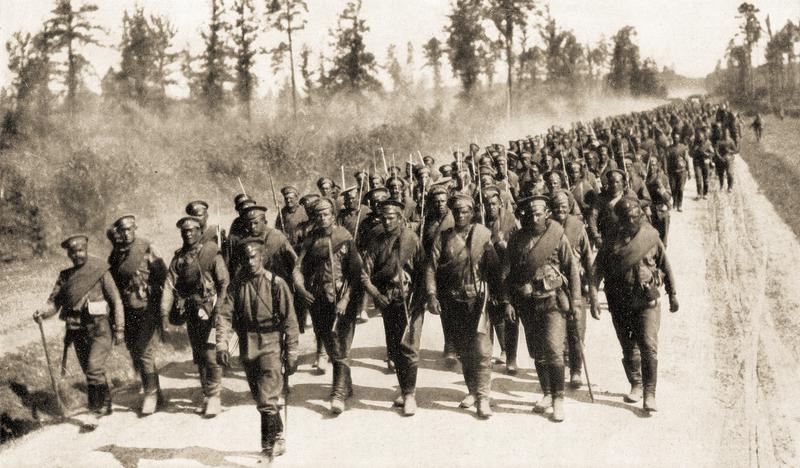 In the summer of 1914 the armies of three powers confronted one anotherat the Eastern Front. The mighty Russian army was above all countered bythe much smaller Austro-Hungarian forces, since the Germansconcentrated the majority of their forces on the Western Front.
However, the Russian superiority in numbers was evened out by their poorer armament and training, which they truly felt especially in the subsequent war years. Although, the basic weapon of the Russian infantry, the Mosin-Nagant rifle, was almost equal to the Austro-Hungarian Mannlicher-Schönauer rifle, or the German Mauser rifle, the Austrians and German possessed much more artillery and machine guns. The superiority of artillery, especially the use of the heavy cannons, was clearly visible in particular during the Battle of Gorlice. At the beginning of the Great War, the air force did not have much combat significance on the Eastern Front, and it mostly functioned as the military intelligence. In fact, the Russians had at their disposal many airplanes, but these were the French constructions and they soon ran out of spare parts, and had too few trained pilots. The situation of the Austro-Hungarian and German air force was much better. Apart from the aircraft, the observation air balloons were used for gathering intelligence at the battlefield, while the Russians used their numerous cavalry on a large scale. 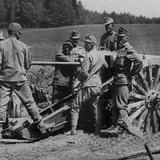 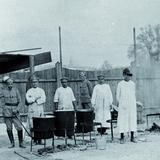 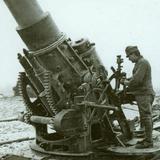 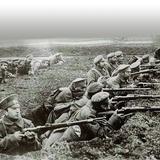 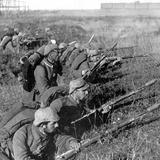