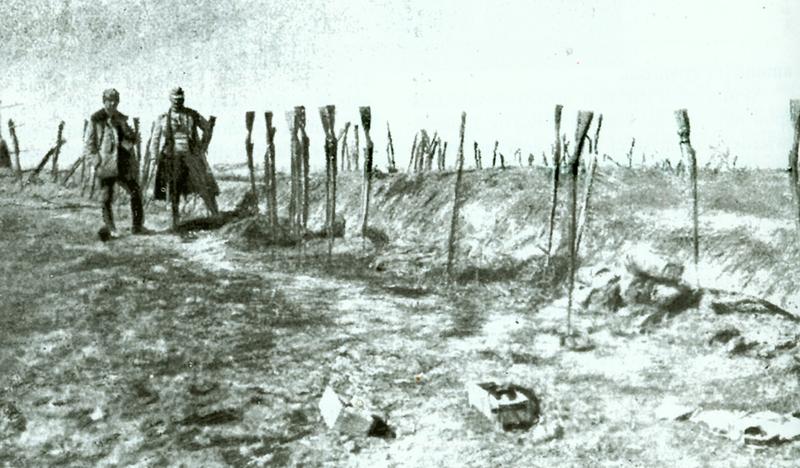 After the Austrian offensive collapsed, the Russians, who stationed in the fork of the Dunajec and Biała Rivers after the Battle of Limanowa, launched a counterattack with the Third Army commanded by General Dimitriev in the region of Łowczów and Łowczówek. Had they managed to break through the front, the Third and Fourth Austro-Hungarian Army would have been threatened by envelopment. The First Brigade of the Polish Legions, fighting on the Austrian side, was charged with the mission to halt the tsarist forces. The Poles commanded by Kazimierz Sosnkowski attacked at the dusk of December 22, 1914, and they captured the Russian positions the next morning. But the Russians did not give in. Murderous fights continued throughout the entire Christmas Eve. The order to withdraw the Poles from the positions in the evening of December 24 turned out to be a misunderstanding, and the deserted positions had to be captured anew. The Russians’ attack on December 25 forced the First Brigade to retreat. Nonetheless, the Battle of Łowczówek halted the Russian forces for some time, which allowed the Austrians to fortify their positions, where they remained until May of 1915. 128 legionaries (including 38 officers) were killed in action, and 342 legionaries were wounded. The Russian losses are unknown.