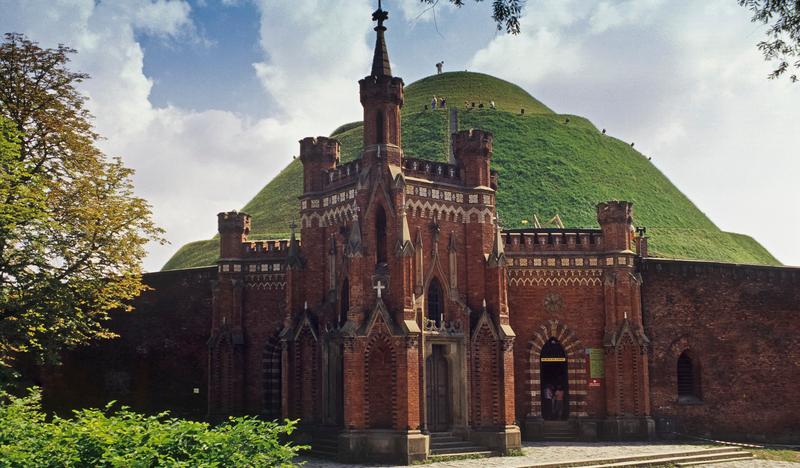 Kraków Fortress (German Festung Krakau), which played a crucial role in the battles fought in the late 1914 north and south of the capital of Małopolska, impresses with the grandeur of design until this very day.

This unique complex of military structures was created in several stages in the years 1848–1916. The first stage was completed on May 26, 1856, and on that day Austrian authorities officially recognized Kraków as a stronghold. On the eve of the outbreak of the Great War, it was the largest stronghold in Central and Eastern Europe and its basic operational crew consisted of 12,000 people, mostly Poles. 176 structures, such as forts, military shelters, artillery batteries, as well as barracks, storage units, and military hospitals, were scattered on the area of over 500 square km. A military airport was established in Rakowice in 1912, as one of the first airbases in Europe. The road network with bridges was also an integral element of the stronghold. While preparing the fortress for the war, the military authorities ordered the construction of field fortifications, indispensable for the fort functioning under war conditions. In order to facilitate the fort operation, it was necessary to create not only a network of trenches and abatises in front of and between the forts of the external ring, but also to destroy the existing buildings located on the forefront – this is how many houses and farmsteads were demolished in 1914, including the Mansion in Pękowice, located in front of Fort no. 44a.

The citadel – Wawel Hill – constituted the centre of the fortress, which was surrounded by a ring of fortifications. The first ring of fortifications was established in the 1860s and was located merely 600–800 m away from the Main Market Square, and included III Kleparz Bastion, and the course of this ring is now reflected in the outline of Trzech Wieszczów Avenues. The external lane of the fortifications, built at the turn of the 19th and 20th centuries was located about 11 km away from the city centre, and included such forts as Kosocice, Pasternik, Tonie or Grębałów.

Famous writer and at the same time war correspondent on the Eastern Front of the Great War, Ferenc Molnár, described Kraków Fortress as follows in the late January of 1915: “Mightily armed, the fortress guards the German-Austro-Hungarian border. Beyond the forts, everyday life full of temperament goes on in this wonderful Polish city during the day. If you have seen the crowded afternoon course of events, fully packed confectionaries and the public arriving at the theatre, you would hardly believe that you are so close to the Russian border, in the stronghold in the time of war. You are reminded of the war only by a terrible noise on the street caused by the mortar battery passing by, and the army marching south. … Half past nine in the evening, all grows dark and quiet. Then Kraków truly becomes a fortress. Life and commotion only go on in the military headquarters”.

The Kraków Fortress Trail was outlined in Kraków, in order to link most of the buildings of the former fortress located on the outskirts of the city: 38 large forts, and also many smaller fortification structures and other buildings of military character. 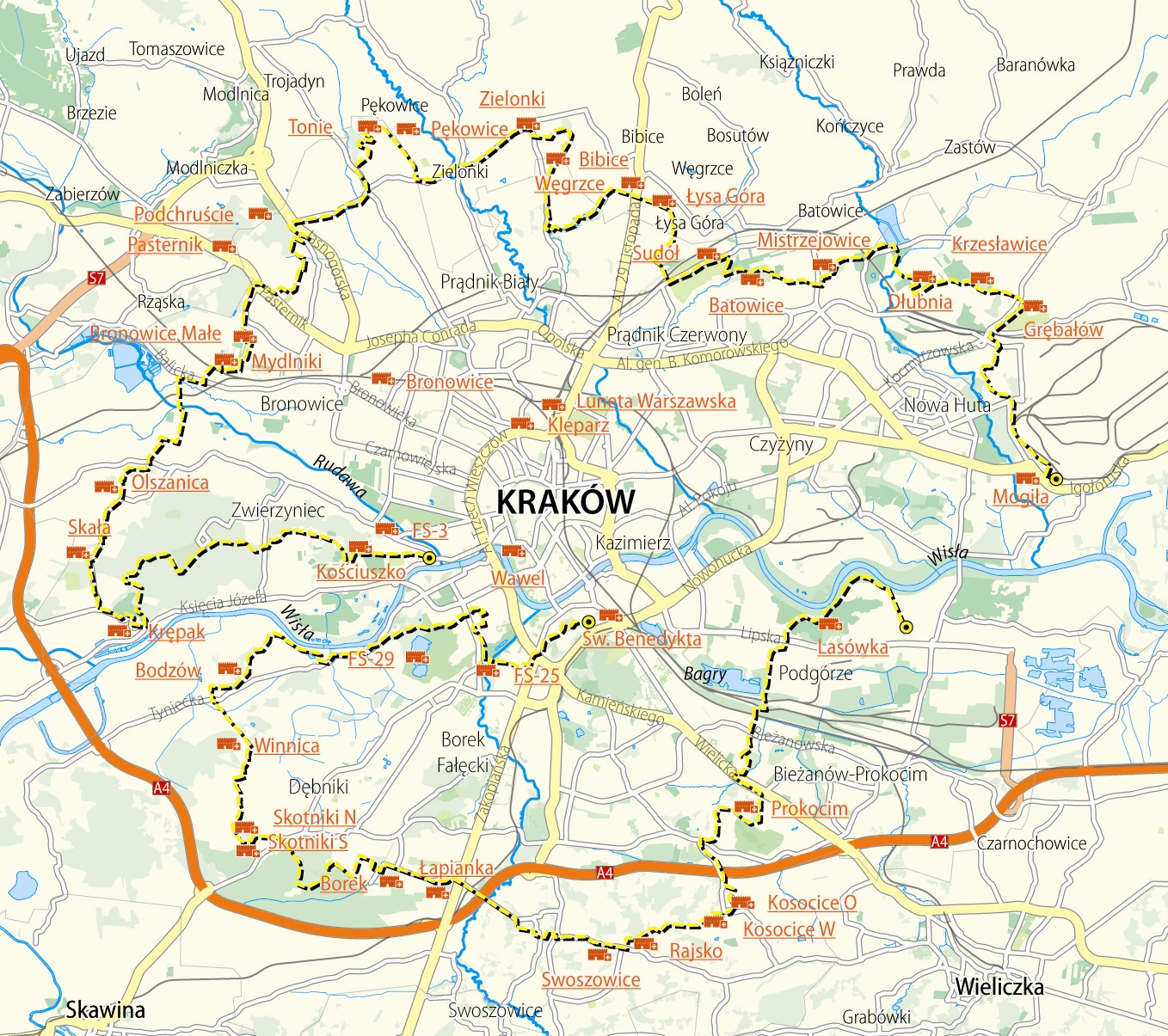