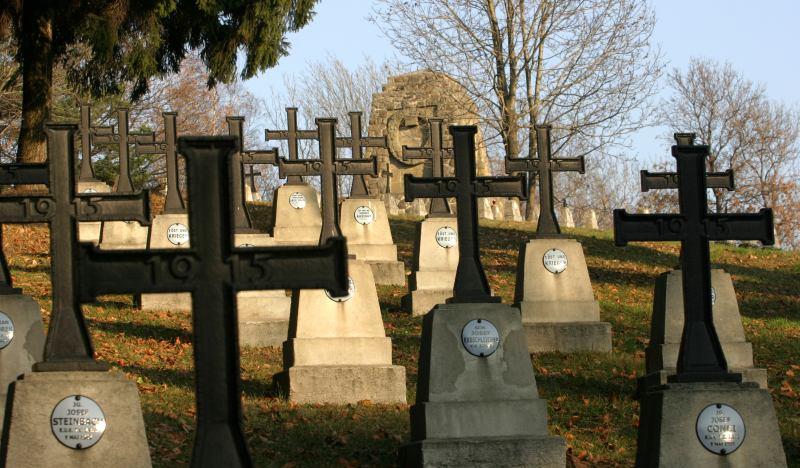 Designed by Heinrich Scholz, an elongated irregular polygon in plan, covers an area of 12,400 m² built on the site of the historic battlefield.
The central monument is a high stone block pylon, with four niches containing wreaths of oak leaves and inscriptions: "I This hill’s hidden treasure - the faithful brave men, II. That war has become a grave for us - is rebirth for you, III. When you walk in the light of day, think about those who died for you, IV. We have come from far away to find death here " On the hill there are shell craters and traces of trenches. Renovated by the Austrian Black Cross. The cemetery holds the graves of: 273 soldiers of the Austro-Hungarian Empire, 341 soldiers of the Russian army.
Multimedia 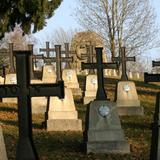