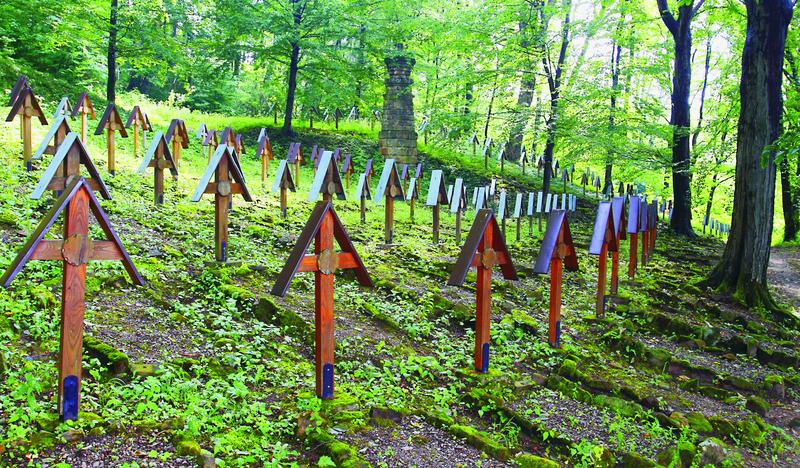 Show details
The First World War’s Eastern Front Trail in the Małopolska Regionencompasses places, which in the years 1914-1915, were a theatre of keymilitary operations between the Austro-Hungarian and German forcesagainst the Russian army on the Eastern Front of the Great War. Travellingalong the trail, one can see historic monuments dating from that time:forts of Kraków Fortress, Kraków’s Oleandry, the starting point of theFirst Cadre Company, museums, and numerous military cemeteries, designedby eminent contemporary artists. The trail route also includes formermilitary buildings, such as barracks, headquarters of the fightingarmies, and military hospitals. Some locations feature surviving tracesof entrenchments and other field fortifications. However, they are noteasy to find. It is no wonder, as even famous Hungarian writer FerencMolnár, war correspondent from the Eastern Front, struggled with findingthem a year after the fights…
It is worth to begin the journey along the trail in Kraków. Kraków Fortress, which played a crucial role in the battles fought in the late 1914 north and south of the capital of Małopolska, impresses with the grandeur of design until this very day. Kraków also boasts the Polish Aviation Museum featuring examples of authentic military aircraft dating from the First World War.

An entire century has passed since the outbreak of the Great War and its history has been overshadowed by the memory of another world war. The First World War’s Eastern Front Trail has been created in order to commemorate the events that a century ago shaped the world we know today.
Back