War Quarter on the Parish Cemetery in Książ Wielki 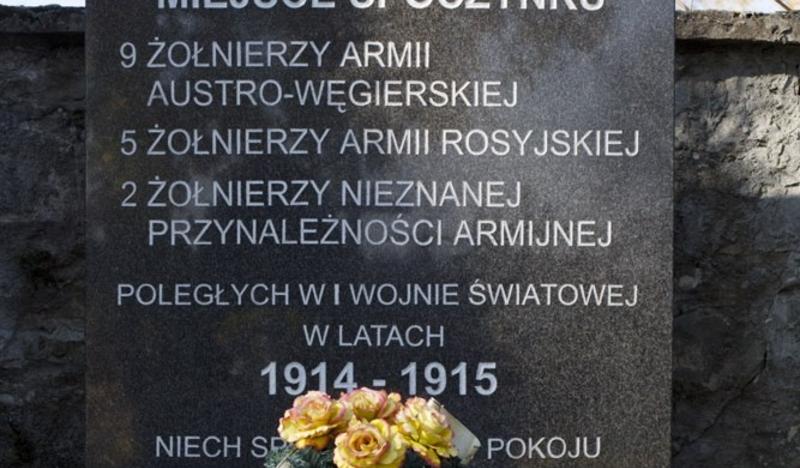 The War Quarter on the Parish Cemetery also serves as the reminder of the First World War. Soldier graves dating from the time of the First World War are located to the left of the entrance near the western wall of the cemetery.
A contemporary granite tombstone with a memorial plaque was placed on the site of the original earth grave, certainly much larger than the present one. 16 soldiers were buried in the grave: 9 from the Austro-Hungarian army, 5 from the Russian army, and two of unknown origin. The dates and circumstances of their deaths are unknown, but the battles in the vicinity of Książ Wielki were fought in the summer and autumn of 1914, and continued on a smaller scale until the middle of 1915.
Multimedia 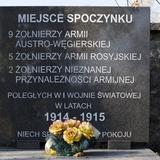 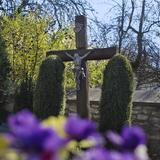