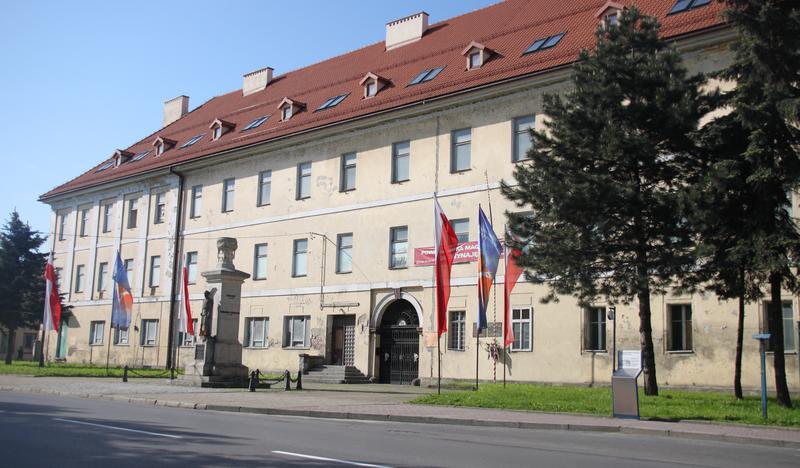 The largest building in the town and the only military construction landmark of its kind in Poland.
Typical for former Austrian barrack constructions, it was created in 1827 for Austrian battalions of the 56th infantry regiment which were stationed in Wadowice since 1820 and consisted of the local inhabitants from Wadowice and its neighbourhood. Since 1918 the 12th infantry regiment of Wadowice Land was stationed here. Karol Wojtyła, the senior, father of John Paul II, served in the 56th regiment of Austrian army and then in the 12th infantry regiment in the years 1900-1928. Small Karol participated in the patriotic celebrations and events organized for children from military families.
"Barracks of the 12th Infantry Regiment were at ul. 3 Maja. Celebrations were held in the market square on 11th November and 3rd May: a field mass and defilade in front of the barracks". St. John Paul II
Multimedia 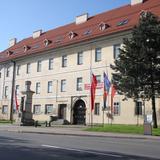 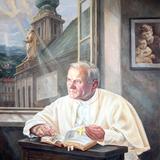 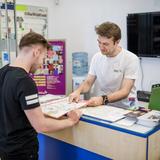